News: 2021 Arizona Monsoon Flooding, a Challenge for the Trail Crew 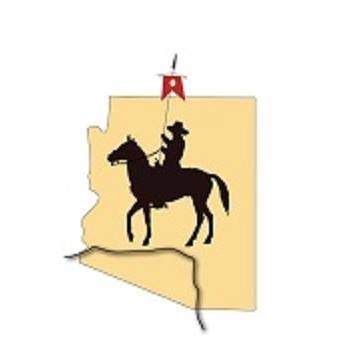 Trail Boss for the southernmost section of the Juan Bautista de Anza Trail National Historic Trail, Roy Dickover, faces unusual challenges as he and his crew prepare for late summer Trail maintenance this year. Almost 17 inches of rain fell during July and August in the Upper Santa Cruz River basin, an area just north of the Mexican border. The rain caused major flooding and replenished soil moisture levels, which were so low in June that even some of the trees were dying. The Anza Trail here follows the riparian corridor along the Santa Cruz River.

It is almost always impacted by summer monsoon storms, and the all-volunteer Anza Trail Coalition of Arizona (ATCA) Trail Crew is prepared for it.

Pedestrian bridges that cross the river are designed to break away during high water flows. These wooden plank structures are tethered to nearby trees so they can be hauled back to shore when floodwaters subside. The Trail Crew is proud of their new mower, which will be used to re-open trail sections once the ground dries out.

This summer’s record-breaking rain, though, has given the Trail Crew some record-breaking challenges. As always, the pedestrian bridges need to be replaced, but this year, the weeds often consist of 6’ tall amaranth, Pigweed, which grows back as eight stalks instead of one when it’s mowed. Several trees have fallen across the trail and must be cleared.

But these last few years, a special challenge bedevils Trail Boss Dickover and his crew. Flood water in the Santa Cruz River carries with it everything the rain sweeps off the streets from local communities as well as material from the river channel itself. This debris includes fallen branches and other tree litter, old tires, plastic bottles, Styrofoam containers and other trash. The debris concentrates as it moves, eventually forming a plug in the river’s channel, locally referred to as a bottle dam. Once the river can no longer flow smoothly through its clogged channel, it spreads across the landscape, floods the trail, and creates marshy conditions that persist, making trail use and maintenance impossible. Frustratingly, sections of the trail rerouted in 2020 around a marshy area north of the

Tumacàcori Mission may need to be changed once again this year because more of the river is clogged and the new wetlands are spreading. As the rains subside and the land dries out, the pace of mowing and bridge replacement will pick up. Trail conditions as of early September, 2021, are listed below. Updates will be available through the Anza Trail Coalition of Arizona’s Facebook page. .

Do you have a Trail issue in this area to report or want a question answered? Email us at info@anzatrail.org or use the contact us form at www.anzatrail.org.